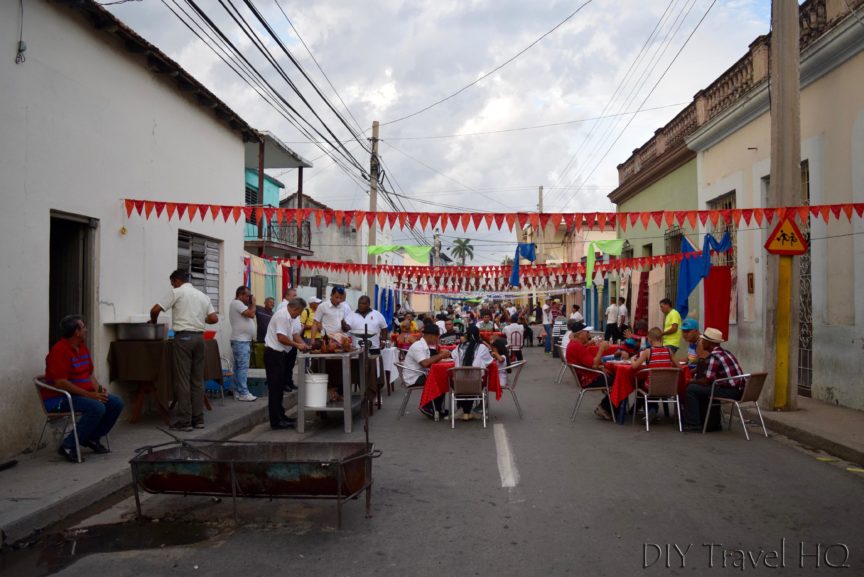 Forget Bayamo – if you’re in Cuba on a Saturday night, head to Las Tunas, where the streets come alive with food, drinks, music & dance. Find out why it’s #1 on the list of things to do in Las Tunas!

Las Tunas is a small provincial capital in eastern Cuba, often bypassed by travellers on route to bigger destinations like Santiago de Cuba & Camaguey. But what it lacks in things to do in Las Tunas, it makes up for with its legendary Saturday night street parties.

Here at DIY Travel HQ, we loved that the food prices were all in pesos & the locals were friendly & merry.

We were the only tourists in town – shhh this party is Cuba’s best-kept secret! We deliberately left it out of our post on the things to know about travelling in Cuba!

The action happens right in the centre of town, in the streets on & around Joaquin Aguera, to the east of Plaza Marti & Parque Vincente Garcia. 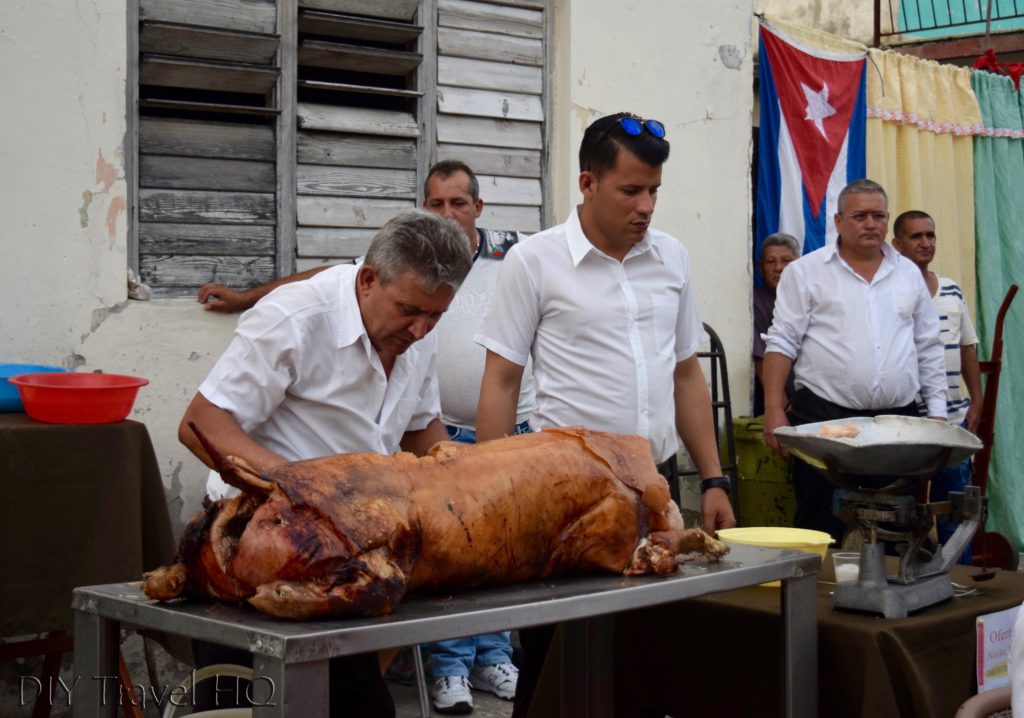 One of many roast pigs being carved up for the party!

Here, it was all about eating & drinking.

And unlike all other Cuban street food, there’s so much variety to choose from. And it not only looked edible but the food was downright delicious!

Roast pork was the king of the party – on one street, we saw at least 7 whole pigs either roasting on a spit or being carved up. 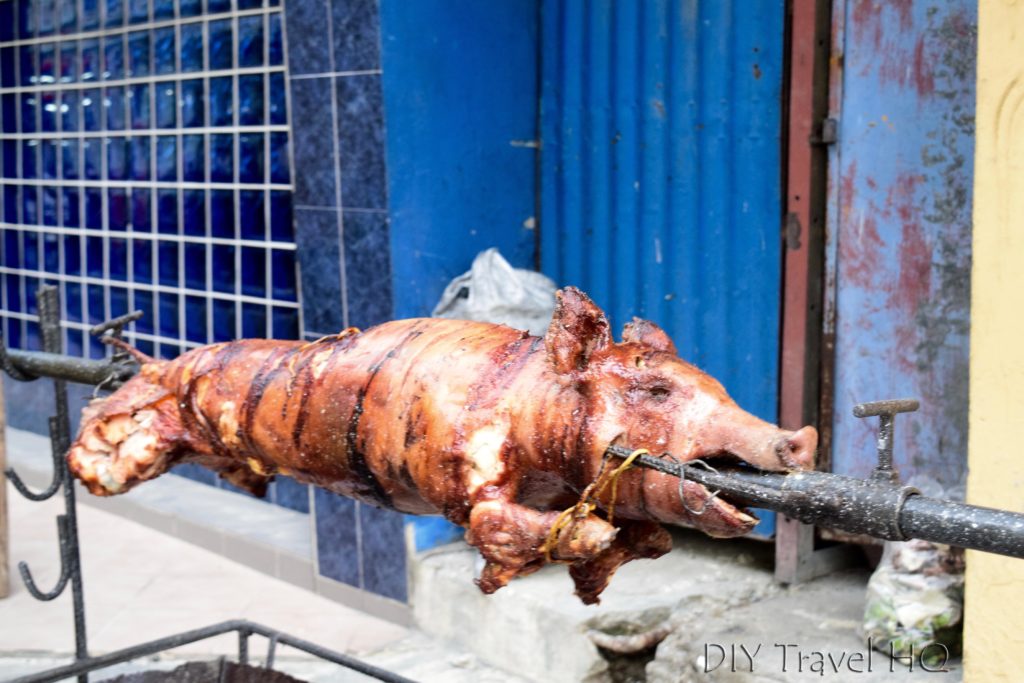 We saw at least 7 pigs on the spit down 1 street! 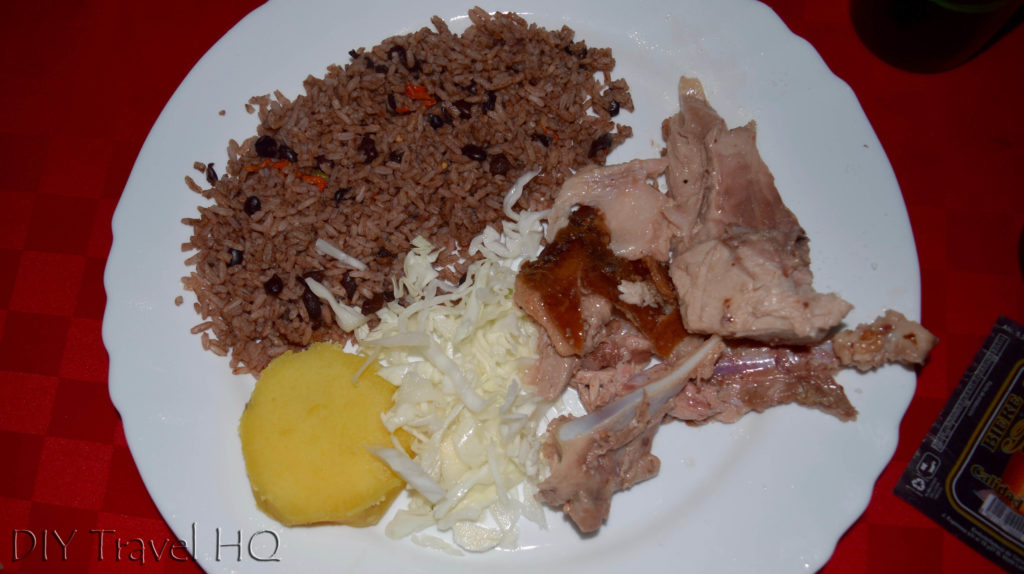 Sampling the food at the Saturday night street party was definitely one of the best things to do in Las Tunas! 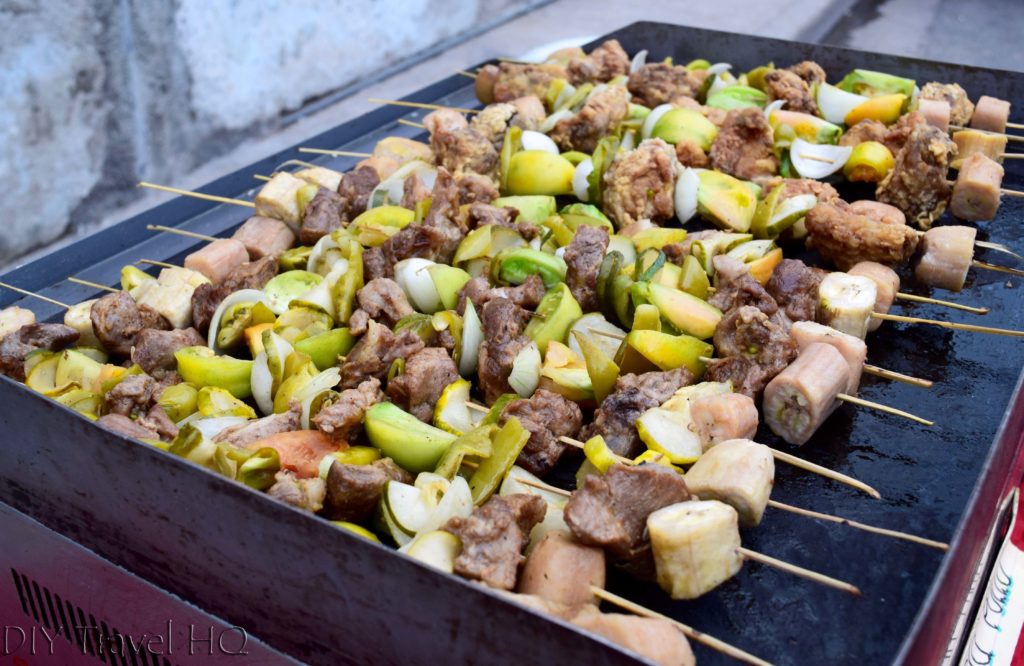 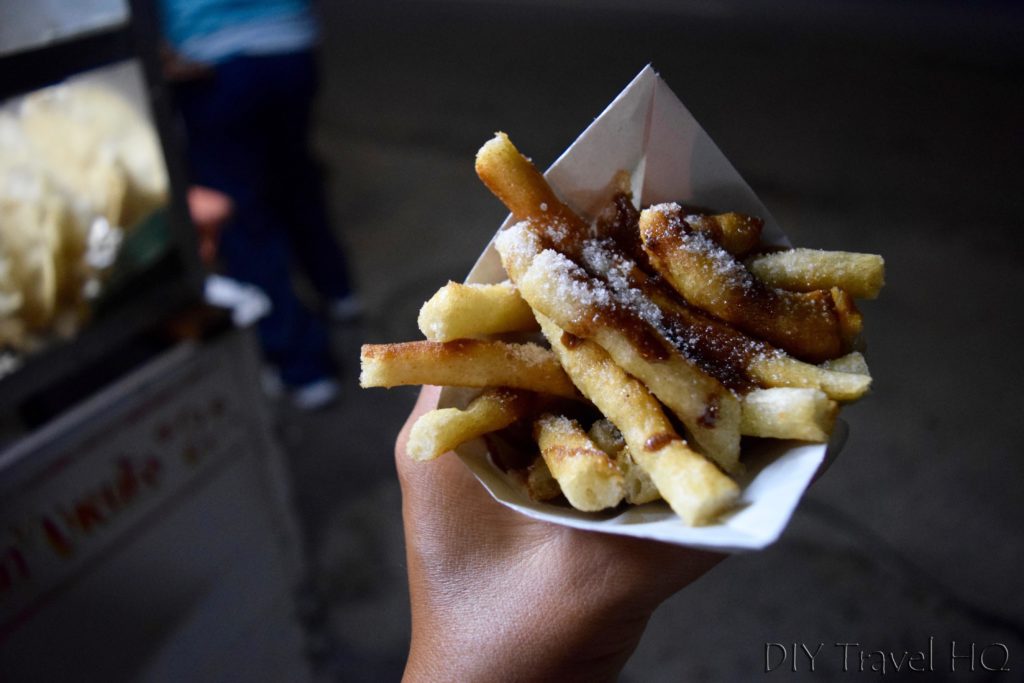 Don’t forget to try the churros for 2 pesos!

There was also pizza & lasagna at very cheap prices.

Try different varieties of rum, wine & beer, by the bottle. The local cerveza “Rubia” is 10 pesos / $0.40 & unlike most other Cuban beer, it actually tasted pretty good.

Despite the stereotypes, nowhere else in our 30 days in Cuba have we really seen the streets filled with music & dancing. It was great to finally feel some real atmosphere, buzz & energy – if you’re heading to this part of the country, it’s definitely worth planning your schedule around a Saturday night in Las Tunas. 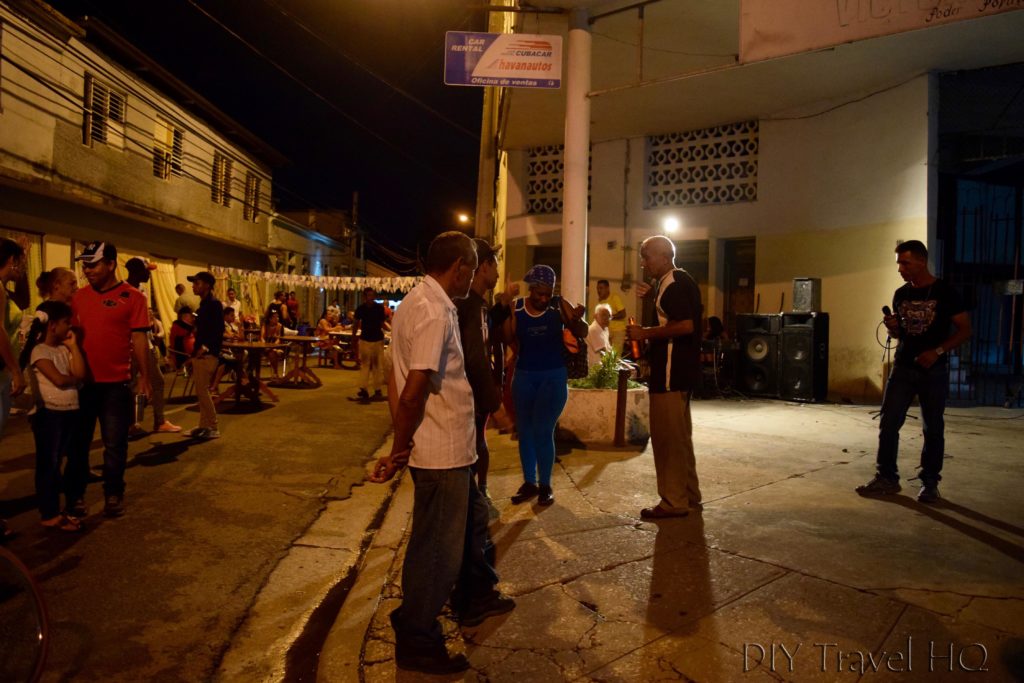 Stick around for the music, karaoke & dancing at night!

Things to do in Las Tunas

Las Tunas itself is a relaxed, pleasant town – unfortunately, we were only there for the night.

We didn’t get to check out all the things to do in Las Tunas so we recommend arriving on Saturday morning or afternoon & strolling through the city, before the party. 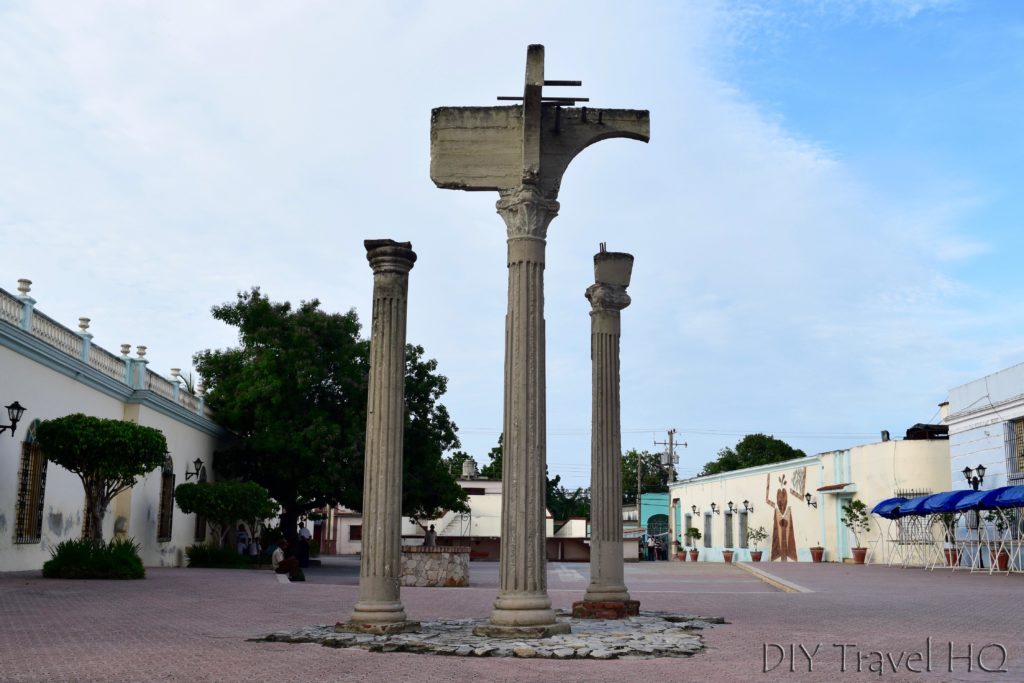 This allows you to visit the Memorial a los Martires de Barbados, which is closed on Sunday.

This was the home of Carlos Leyva Gonzalez, an Olympic fencer who died in the 1976 terrorist bombing of Cubana de Aviacion Flight 455. Now, it’s a museum dedicated to the victims of the attack, 57 out of 73 who were Cuban.

There are some memorials & statues on Plaza Marti & Parque Viciente Garcia. 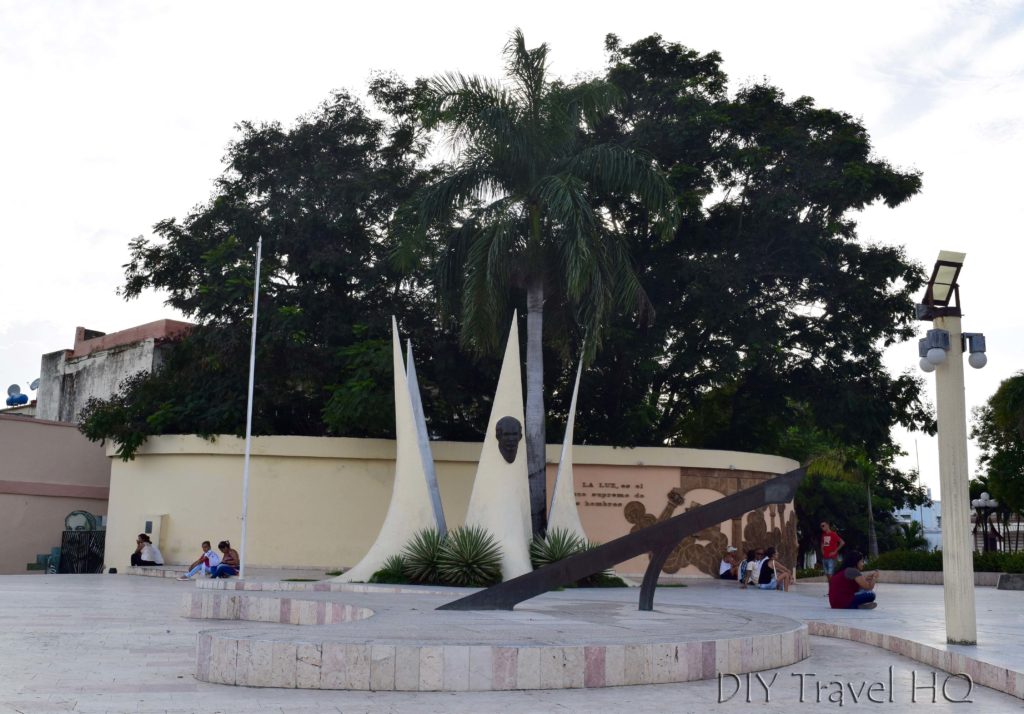 Plaza Marti opposite the street party

Viciente Garcia captured the city from the Spanish in 1876 before torching it to the ground in 1897 when the conquerors tried to reclaim it. Garcia’s former home can be visited (Memorial Viciente Garcia), it’s located next to the park of his name. 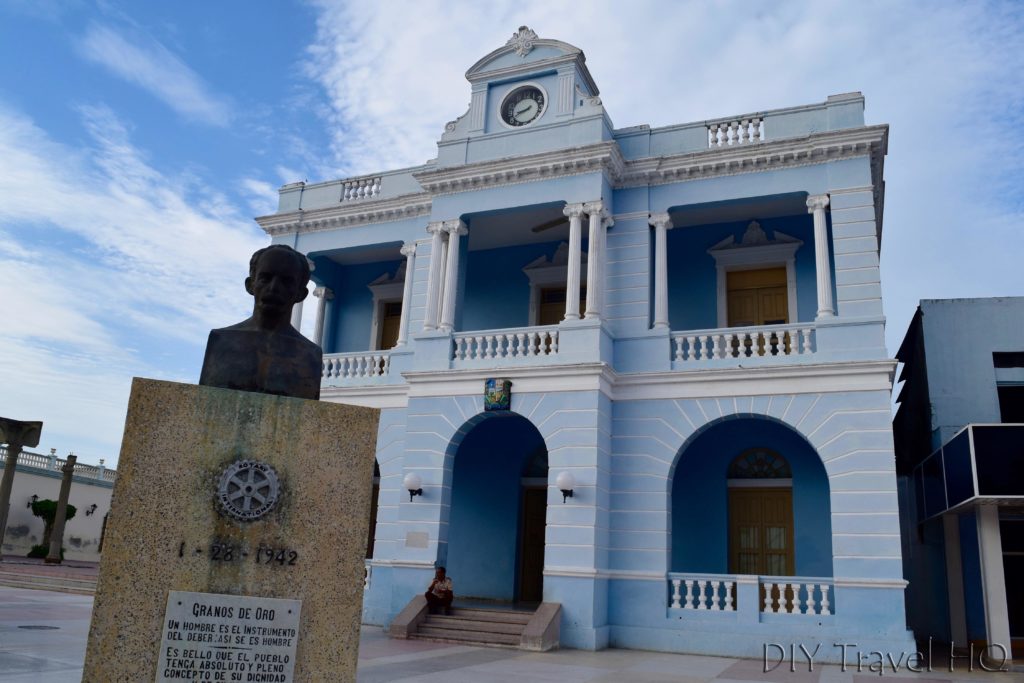 Museo Provincial General Vicente Garcia in the heart of the city

You can’t be a provincial capital & not have a Plaza de la Revolucion & things are no different in Las Tunas.

There’s the ubiquitous propaganda, including a massive monument to Vicente Garcia & a rather nice Che Guevera panel.

Oh & it’s not a concrete plaza but covered in grass.

It’s a little out of the city centre, not worth a visit unless you’ve got time or are a propaganda billboard junkie like me.

This one definitely made my list of the top 20 propaganda billboards in Cuba: 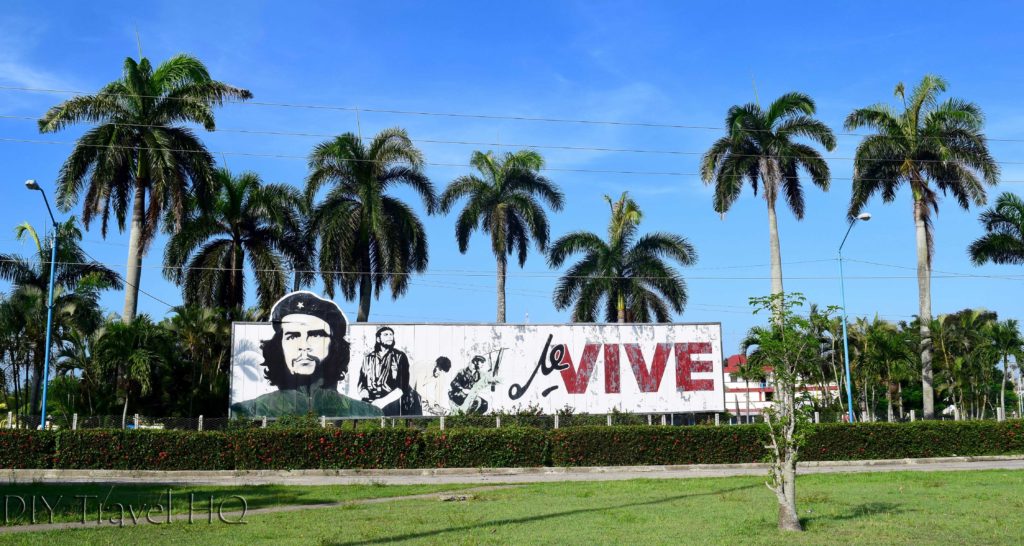 One of the most photogenic Che billboards in all of Cuba!

Las Tunas is known as the “City of Sculptures”, a moniker that dates back to a major sculpture exhibition that was held in the city in 1974.

These days, over 150 sculptures can be found across town: some big, some small, some significant, some overlooked – but all quirky & original. Tracking some down makes the list of things to do in Las Tunas. 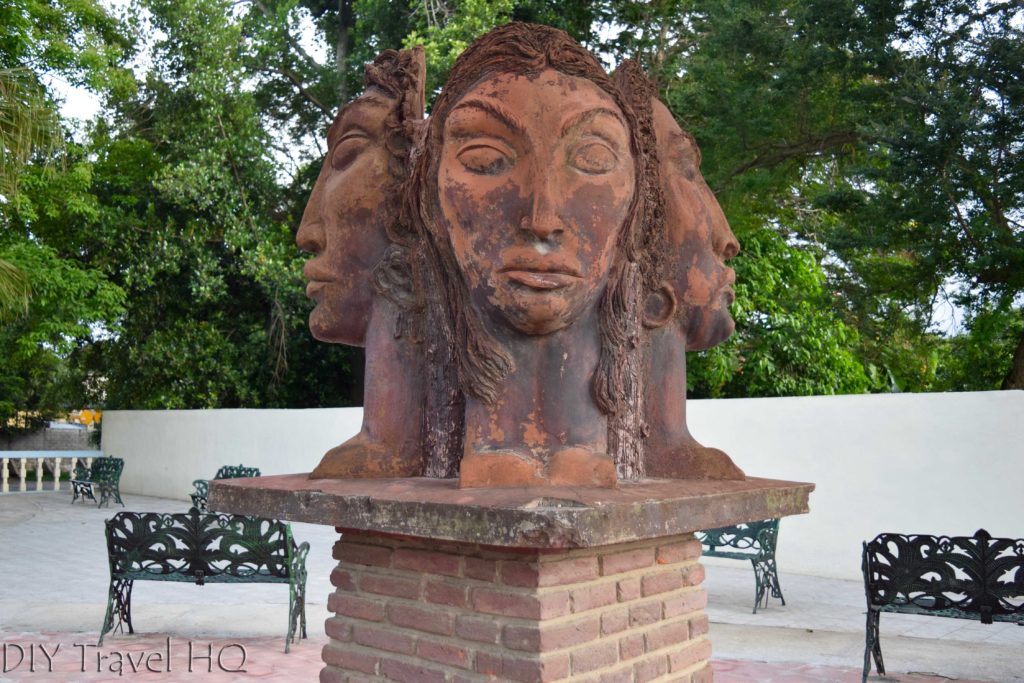 Found only in the City of Sculptures!

We stayed at the excellent Sr. Luis Farinas, which we can highly recommend.

It’s a huge room, more like 2 rooms with the bedroom & adjoining kitchenette & dining table/area. The hosts are also very nice.

It’s hotel quality, worthy of CUC$25 but we negotiated to CUC$15 – find our other tips in our post on casa particulares in Cuba. 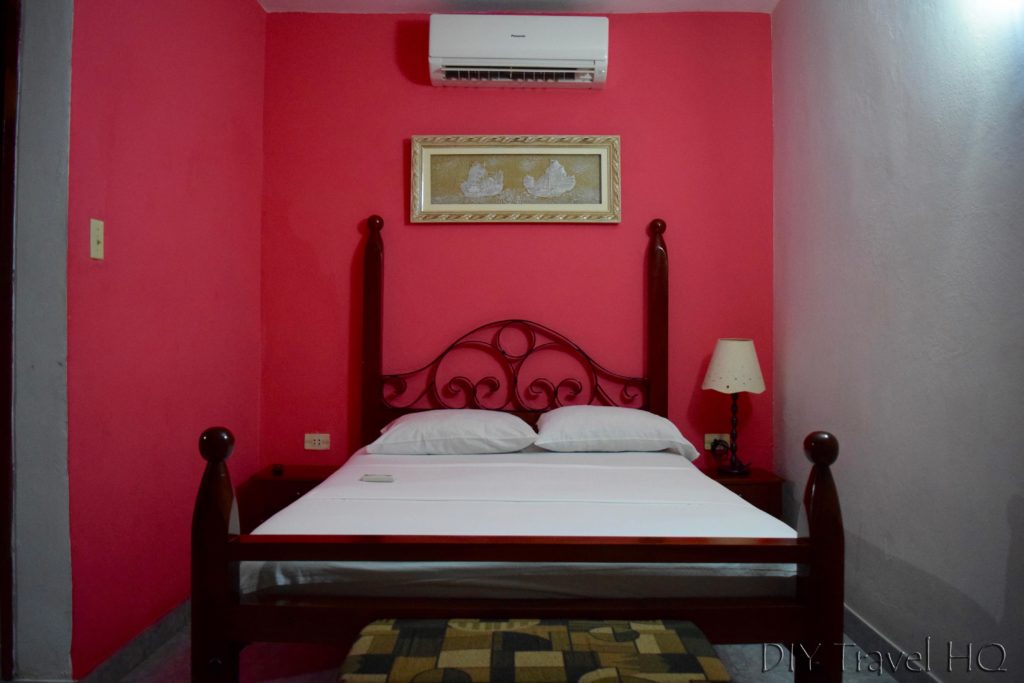 Sr. Luis Farinas, one of our favourite cases in all of Cuba!

How to Get to Las Tunas 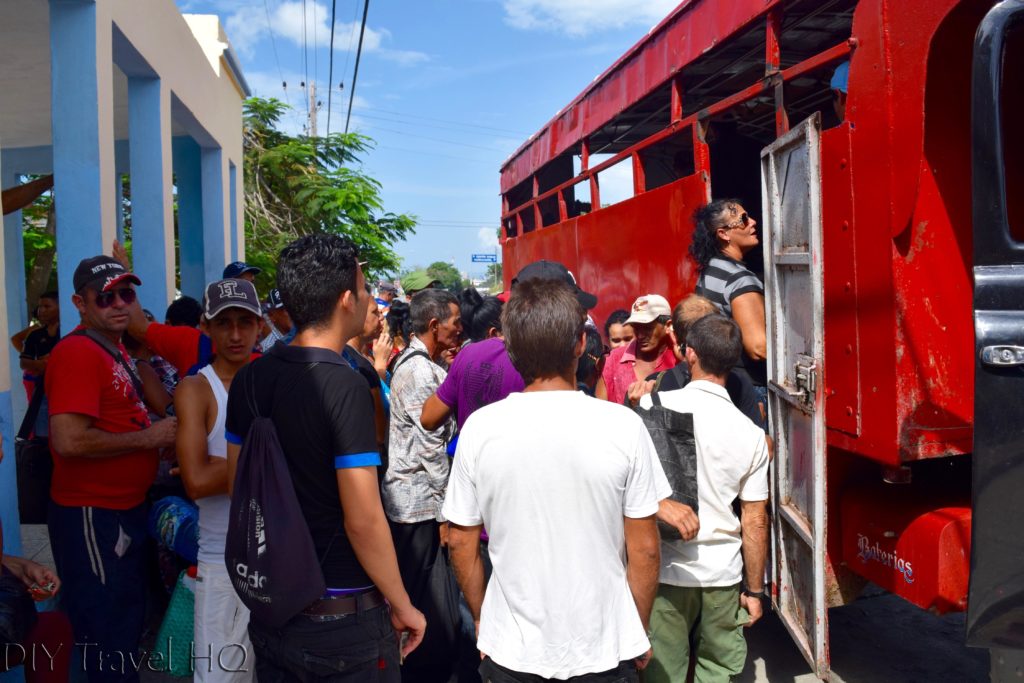 Hop on the camion from Holguin to Las Tunas

How to Get out of Las Tunas

Camiones depart from the train station in Las Tunas.

To get to Playa Santa Lucia, we took a truck to Manite for 10 pesos / $0.40, the ride took just over 1 hour – get off at the roundabout, before the camion turns right into Manite town. There are 2 cafeterias here for snacks & drinks.

Wait for your next ride on the side of the road, north of the roundabout – we caught a bus for 5 pesos, getting off at the turn off to the main road to the beach, Carretera a Playa de Santa Lucia. Here, we hitched a ride with a passing (private) camionetta all the way to Playa Santa Lucia.

*** The Final Word: The Las Tunas Saturday night street party is #1 on the list of things to do in Las Tunas & Cuba’s best kept secret! ***

Where’s the best party or festival you’ve been to in Cuba?!