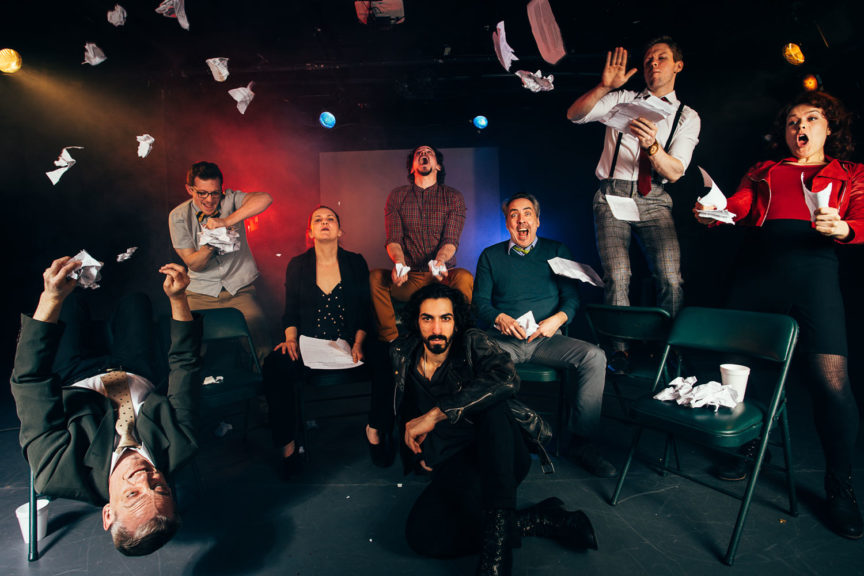 Hello, my name is Sheena from DIY Travel HQ & I started the Iraq War…  pull up a chair & find out what happens in Baghdaddy, the critically-acclaimed rock comedy, off-Broadway musical sensation! 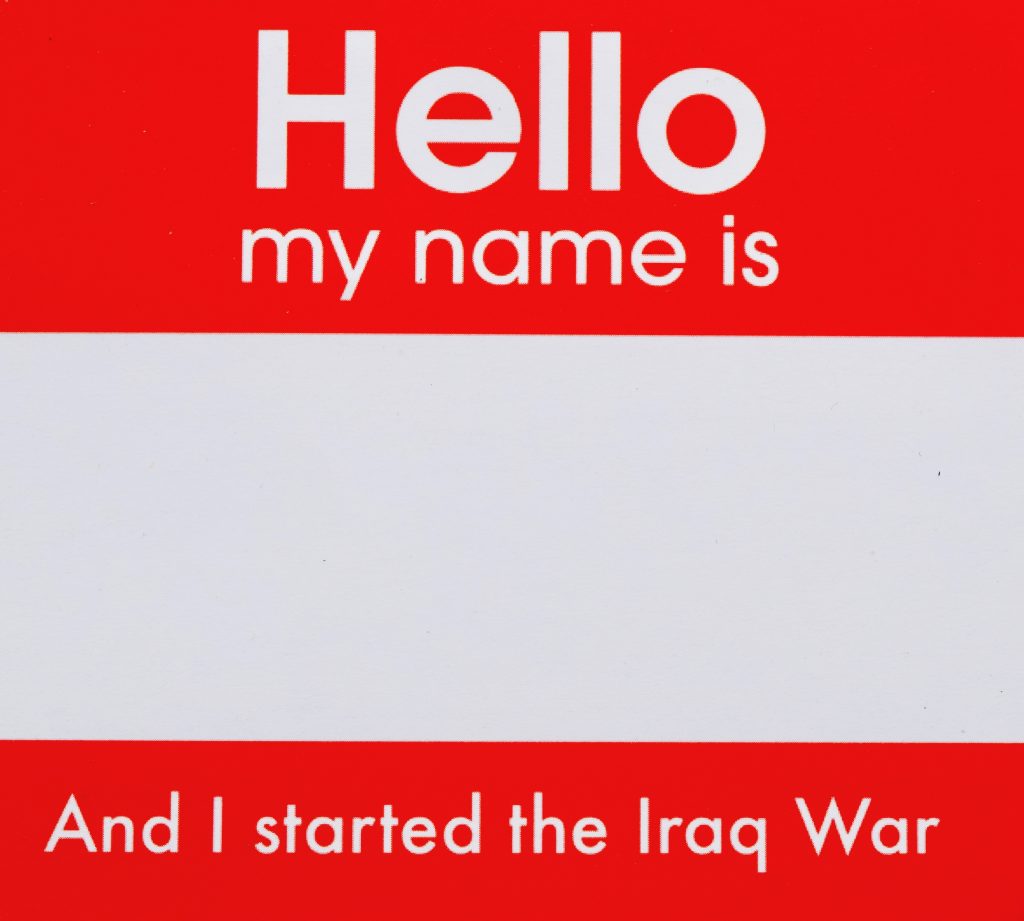 Baghdaddy is based on the true story of the Iraqi defector whose false intelligence was passed all the way up to the CIA to become the justification for Operation Iraqi Freedom in 2003.

It’s heavy stuff but this off-Broadway show mixes it up with great humor & tunes to deliver “an important, cunning, rock solid musical comedy with a terrible title” – as always, no one tells it like it is quite like the New York Times.

In fact, Baghdaddy was chosen as a NY Times Critics’ Pick during its first run in 2015 (after premiering in Washington DC in 2001).

It returned to the scene in April 2017, to St Luke’s Theatre in Midtown, so you should definitely add a performance to your never-ending things to do in the Big Apple! 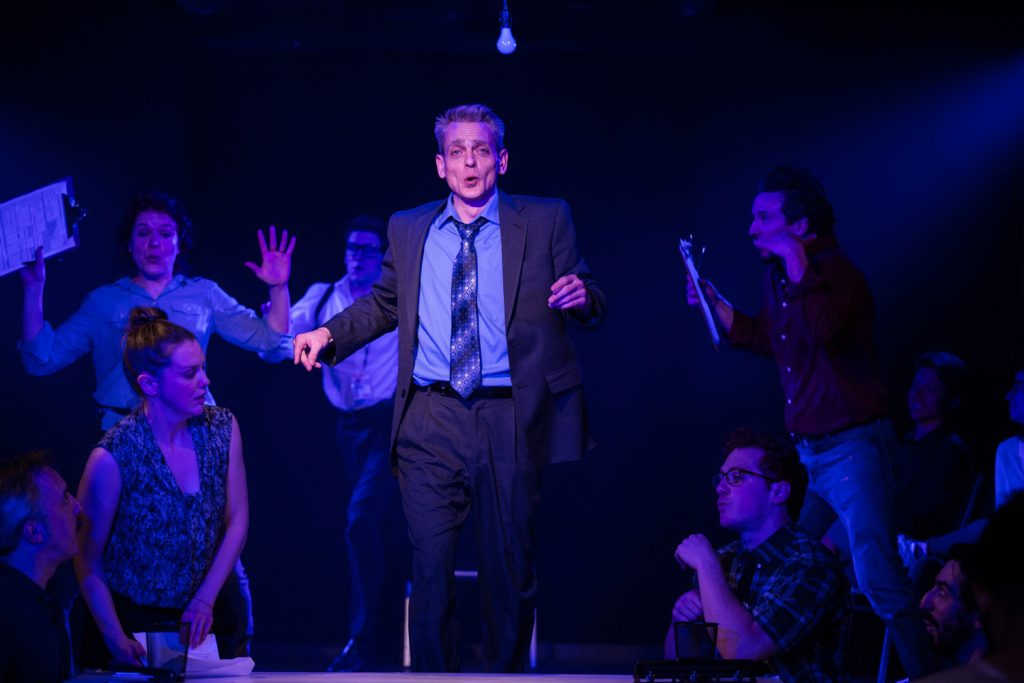 Baghdaddy: Based on a True Story

Baghdaddy begins in a church basement where a support group is gathered to deal with their demons – but here, it’s not alcohol or drugs nor gambling or sex addiction.

This is a support group for people who started the Iraq War. From Intelligence Officers to “Curveball” the Iraqi defector himself, Baghdaddy is the story of their shared guilt.

The Off-Broadway production takes an issue of massive global importance & brings in down to a very human level.

None of the characters had bad intentions but they were all willing to turn a blind eye here & let a mistake slip by there, in order to advance their careers or otherwise.

They all believed that their convictions justified their actions, regardless of the truth, facts or evidence. Even Nelson, the do-gooder CIA Analyst protagonist eventually succumbs to his fate as a Company Man.

And these small decisions, from minor players, can come together & snowball into something much bigger – in this case, the start of the invasion of Iraq.

In Baghdaddy, it’s eye-opening to see the trickling in the chain of events that led to George W. Bush’s State of the Union speech, backed up by Secretary of State Colin Powell’s UN address – both of which are heard in the show, but not seen.

The production shows the pretext of the Iraq War as the original “alternative facts“, making it an especially relevant story in the current political climate in the United States. 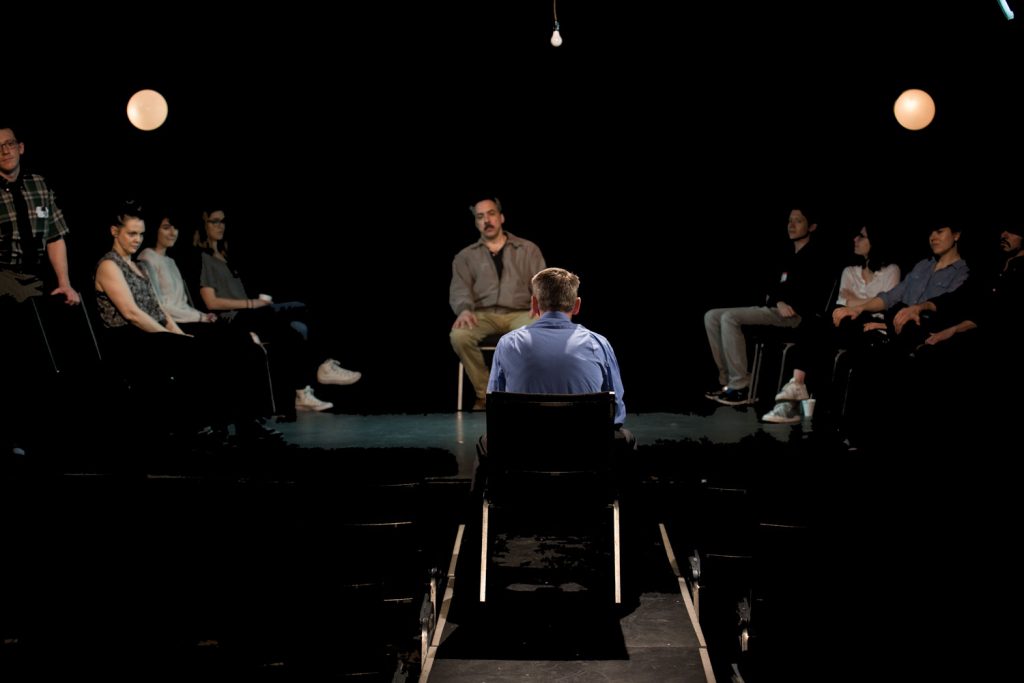 Who started the Iraq War? Find out in St Luke’s Theatre

The Cast of Baghdaddy

The 8 person cast of Baghdaddy are all fantastic:

There are 2 other characters named The Man & The Woman but I honestly didn’t know what their roles were!

If you grew up in the 90’s like I did, you may recognize Larisa Oleynik from the one & only “The Secret Life of Alex Mack”! She looks exactly the same & it seems like her secret life is continuing as CIA Agent Berry Stanton!

Look out too for Ethan Slater as CIA Agent Jerry Samuel aka SpongeBob Squarepants in The SpongeBob Musical, coming soon to Broadway! 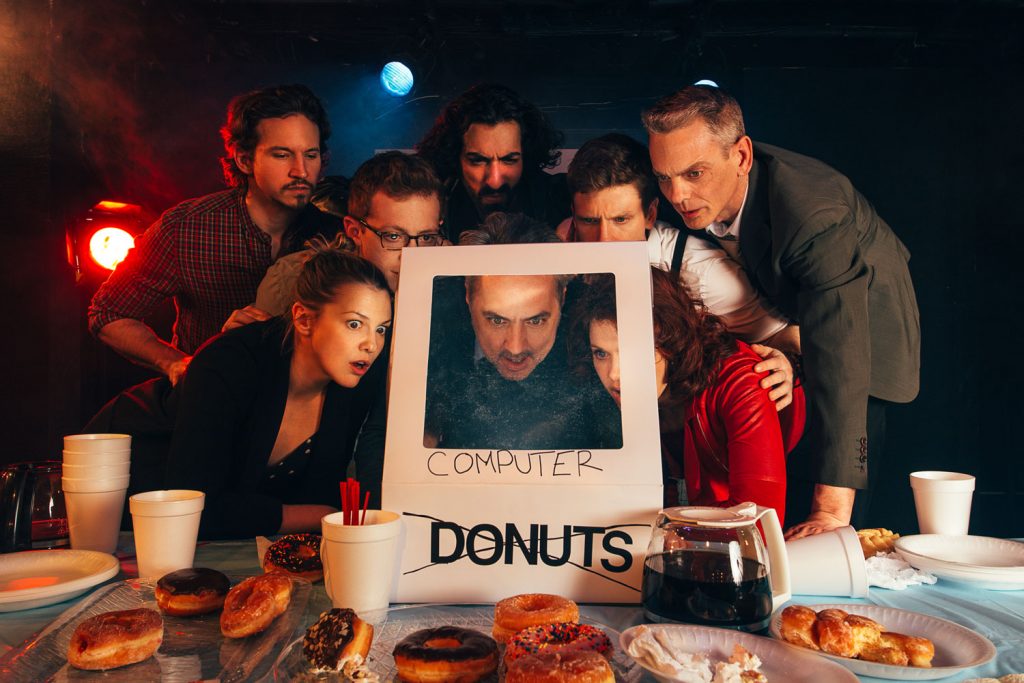 Can you find Alex Mack & SpongeBob Squarepants among the computer donuts?!

From the church basement of the support group meetings, the locations of Baghdaddy move around to:

There’s a lot of creativity that makes it all work within a small space & limited off-Broadway budget.

The props are minimal but the performance is enhanced by a lively musical score & fantastic choreography. The music is sharp, featuring rap & show tunes in harmony with clever lyrics, tap & break dancing!

Would the Iraq War have been inevitable anyway?

Who knows but Baghdaddy highlights the flaws of the human condition that have clear parallels with many other events: past, present & undoubtedly the future. 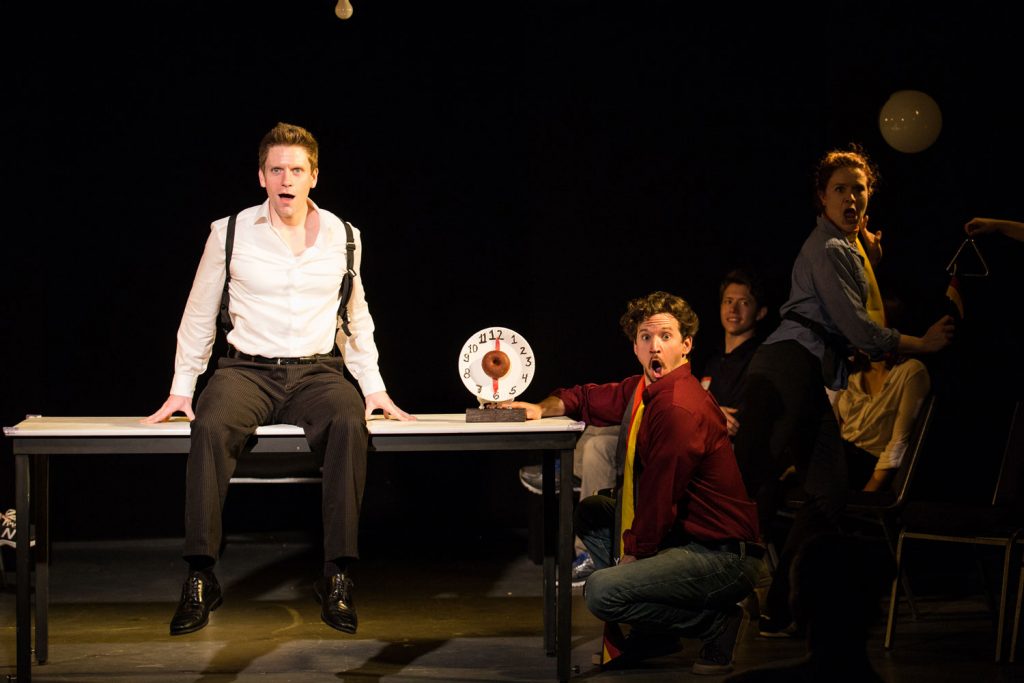 Baghdaddy is full of surprises! See it now Off-Broadway in NYC!

Know Before You Go: 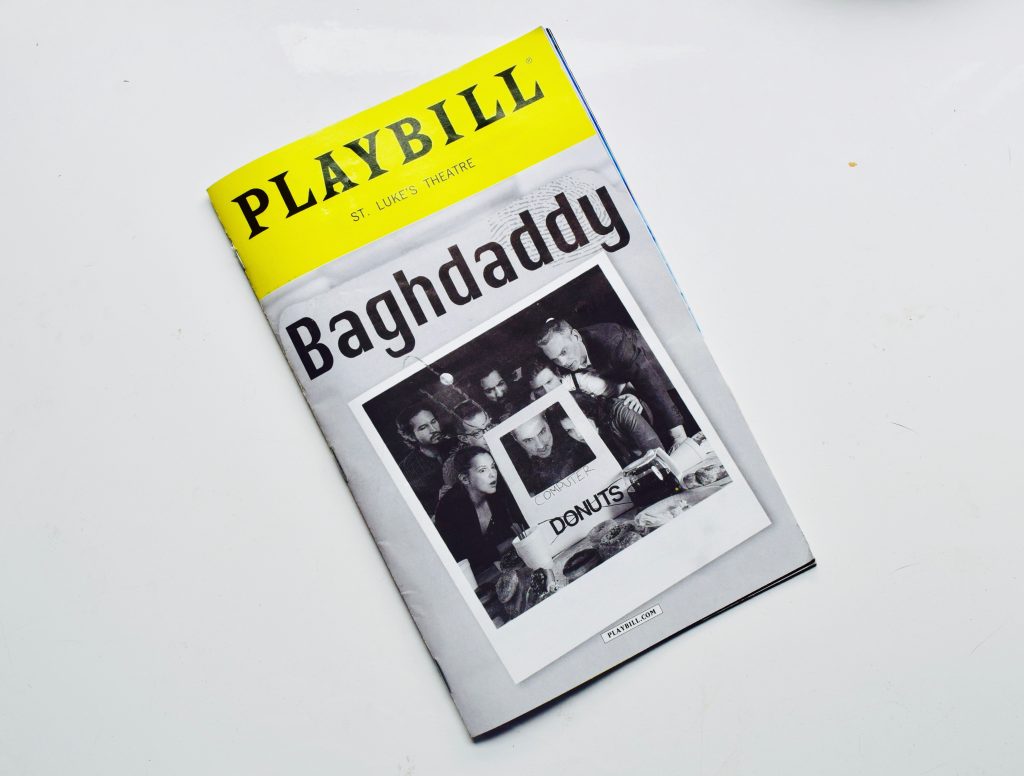 * We received complimentary tickets, thanks to the cast & crew for hosting us. We only recommend fun, value for money activities & experiences that we believe our readers would enjoy. As always, all opinions are our own – photographs courtesy of Baghdaddy.