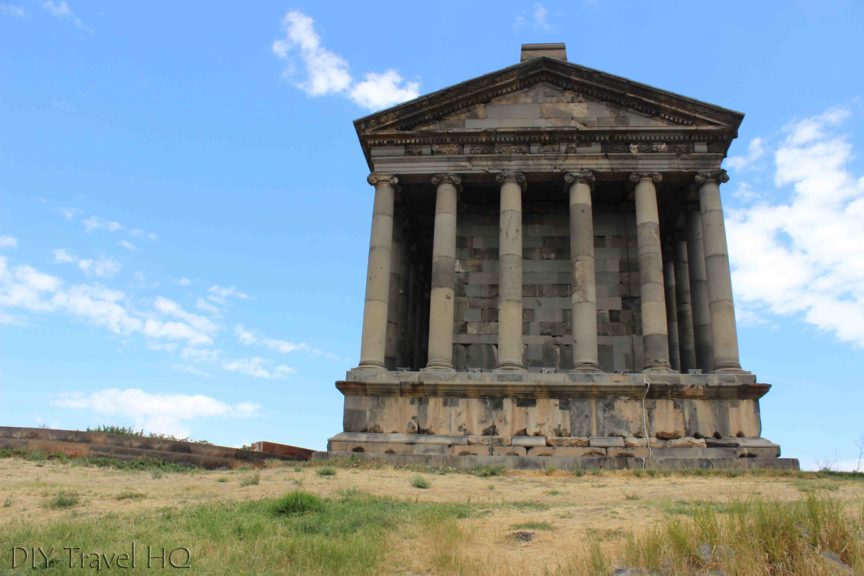 The Garni Temple is an impressive Pagan monument in Armenia – learn about its history & find out to how to get there from Yerevan without a tour.

The dual heritage sites of Garni-Geghard, located outside the capital city of Yerevan, make up one of the most rewarding day trips and attractions in Armenia.

We visited Garni first before hitching a ride with a local to the Geghard medieval monastery, a UNESCO World Heritage Site.

Before we tell you how to get to Garni Temple, let’s take a brief look at the history behind this monument…

Although Armenia is a very safe country to travel in, we always recommend purchasing travel insurance before any trip. We’ve been using World Nomads through 80+ countries over the past 12 years and have been really happy with their coverage and services. 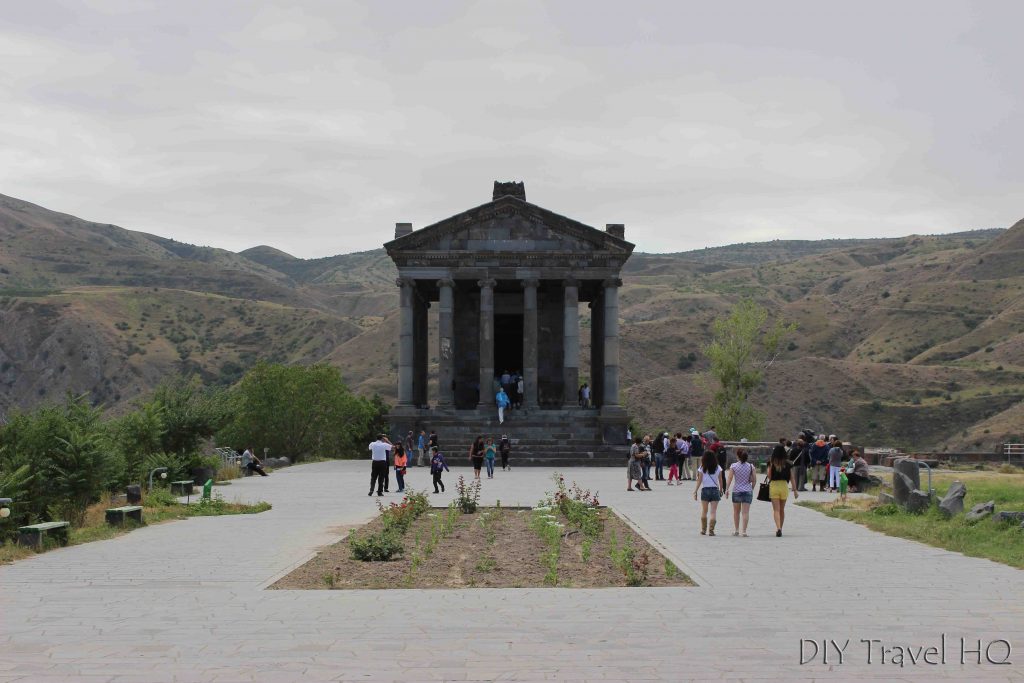 Garni Temple dates back to the first century AD, a symbol of pre-Christian Armenia.

After the country’s conversion from Paganism to Christianity in the early 4th century, all pagan places of worship were destroyed, except Garni – this was possibly because it was a tomb, rather than a temple, or because of its high standing as a work of art.

While Armenia is a Christian country, it’s interesting to note that neighbouring Azerbaijan doesn’t declare an official religion, though the majority of the population is Muslim.

The Caucasus is a wonderful region to travel in & we would also highly recommend backpacking in Azerbaijan, along with Armenia & Georgia. 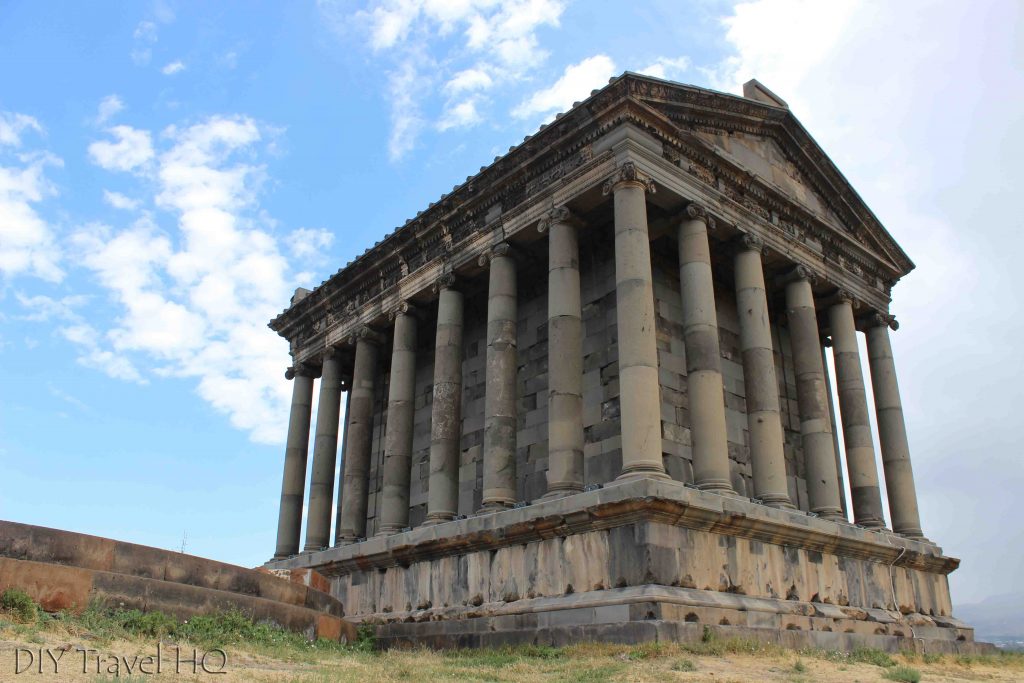 Garni is the only Pagan temple in Armenia

Getting back to the Garni Temple, it was eventually destroyed in an earthquake in 1679, and what stands today is a 1975 basalt reconstruction of the only Greco-Roman colonnaded building in the whole of the former Soviet Union.

The temple is part of one of the oldest fortresses in Armenia.

The site also includes a bath complex, royal summer palace and a church. 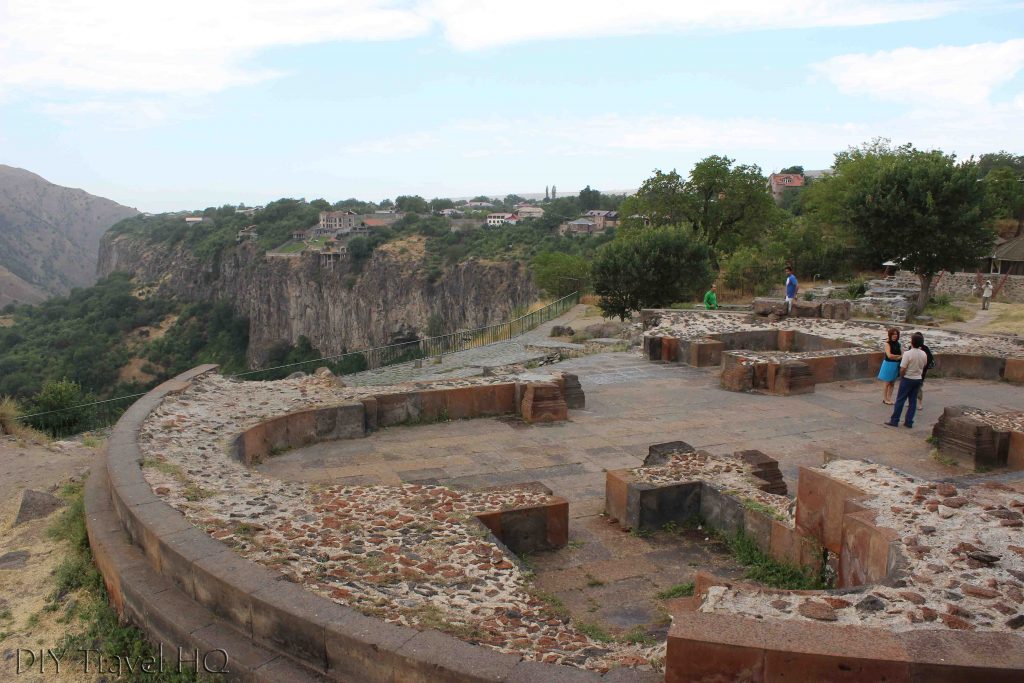 Some of the ruins at the Garni Temple

It is a stunning setting, for a monument as illustrious as it is inspiring. 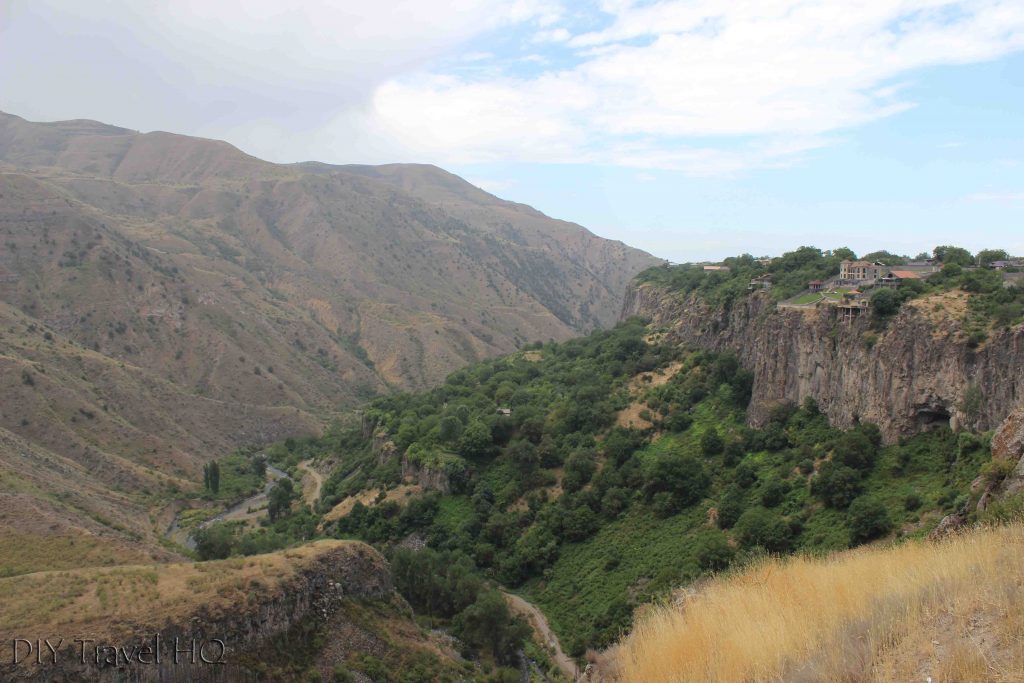 Beautiful landscape around the Tempe of Garni

In a country of churches, this shrine to the sun God Mihr is a refreshing insight into Armenia’s pre-Christian roots, and a sanctuary of peace & reflection. 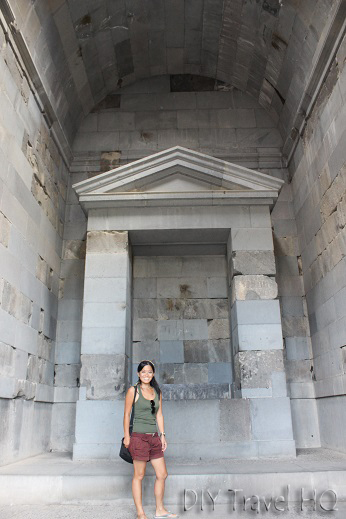 Inside the Temple of Garni

How to Get to Garni Temple:

*** The Final Word: The scenic setting at Garni Temple is as spectacular as its place in history ***

Have you visited any Pagan temples?