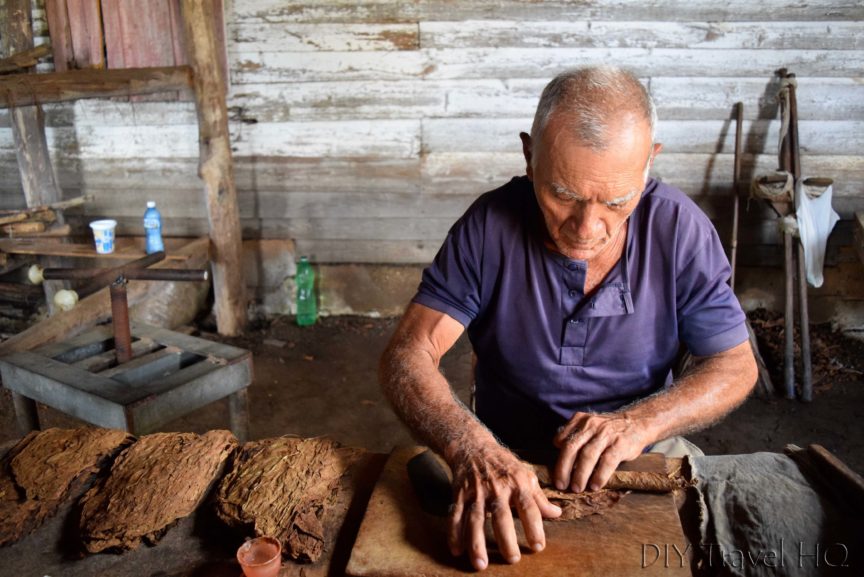 Join us here at DIY Travel HQ on a tour of the famous Alejandro Robaina Tobacco Plantation in Cuba – find out how to get there from Pinar del Rio, cigar prices & more!


Farmers have been growing tobacco in the Pinar del Rio province since the mid 1800’s but it wasn’t until the Vegas Robiana cigar brand exploded onto the international scene that the San Luis region started being recognized as one of the top tobacco production centres in the world.

The founder of Vegas Robiana, Alejandro Robaina, also became a pioneer & legend in the industry.

He died in 2010 at which point the plantation was overtaken by his grandson Hirochi Robaina – yes, that name is Japanese. His father worked extensively in Japan & when he returned to Cuba & bore a son, he passed on to him a Japanese name.

This interesting anecdote was learned from our tour guide at the Alejandro Robaina Tobacco Plantation.

The tour starts at the onsite bar/restaurant with an overview of the visit & what to expect. 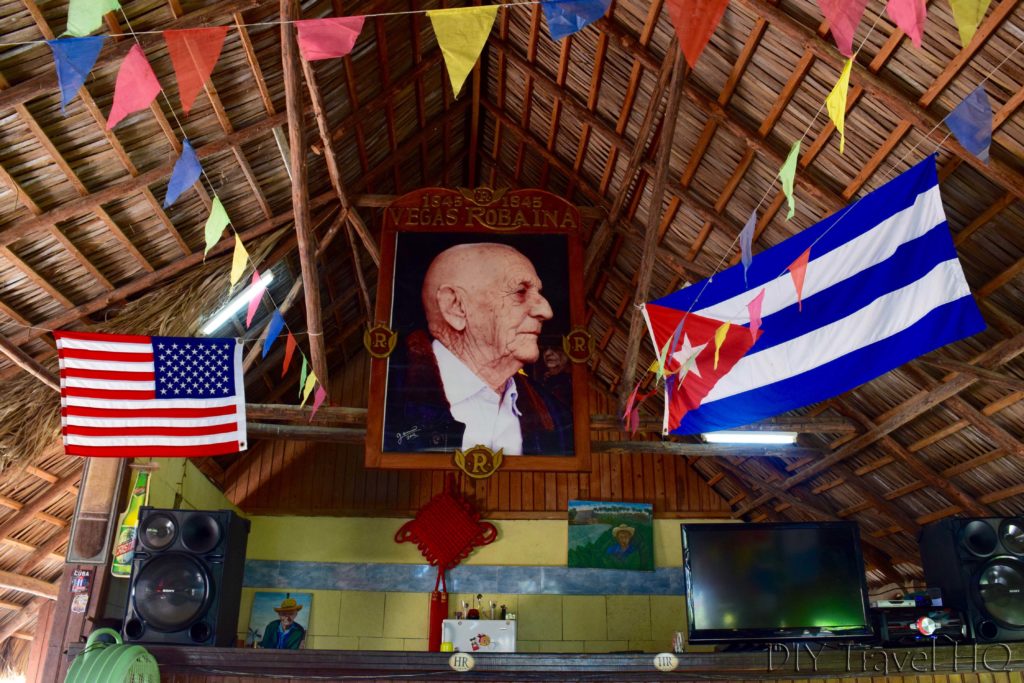 The tour starts at the Robaina restaurant & bar

You then walk over to the main house with photos on the wall of patriarch Alejandro with various dignitaries around the world – including a big snapshot with Gerard Depardieu.

There are magazine publications featuring the plantation & 2 photo albums to look through as the guide explains the history of the Alejandro Robaina Tobacco Plantation. 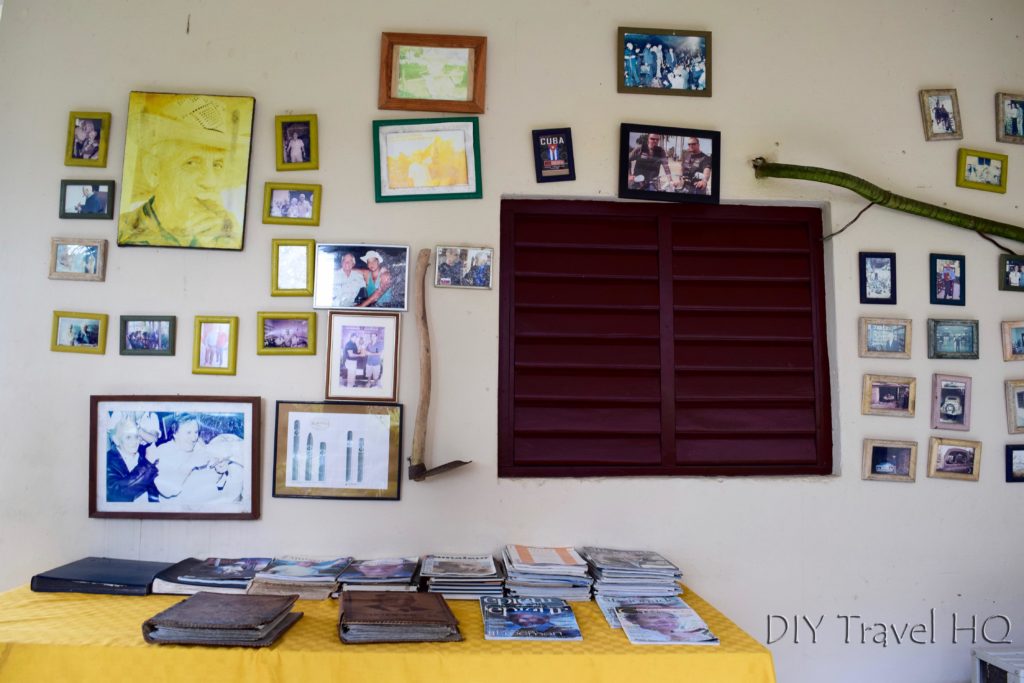 Heaps of Robaina memorabilia to look at!

Our guide on the Alejandro Robaina Tobacco Plantation tour pointed out the plantation & the process, though it wasn’t in operation.

Tobacco seeds are planted in a greenhouse from August, before being removed & replanted in the fields in November.

The plants are only grown until February, after which the leaves are dried in a secadero until May. 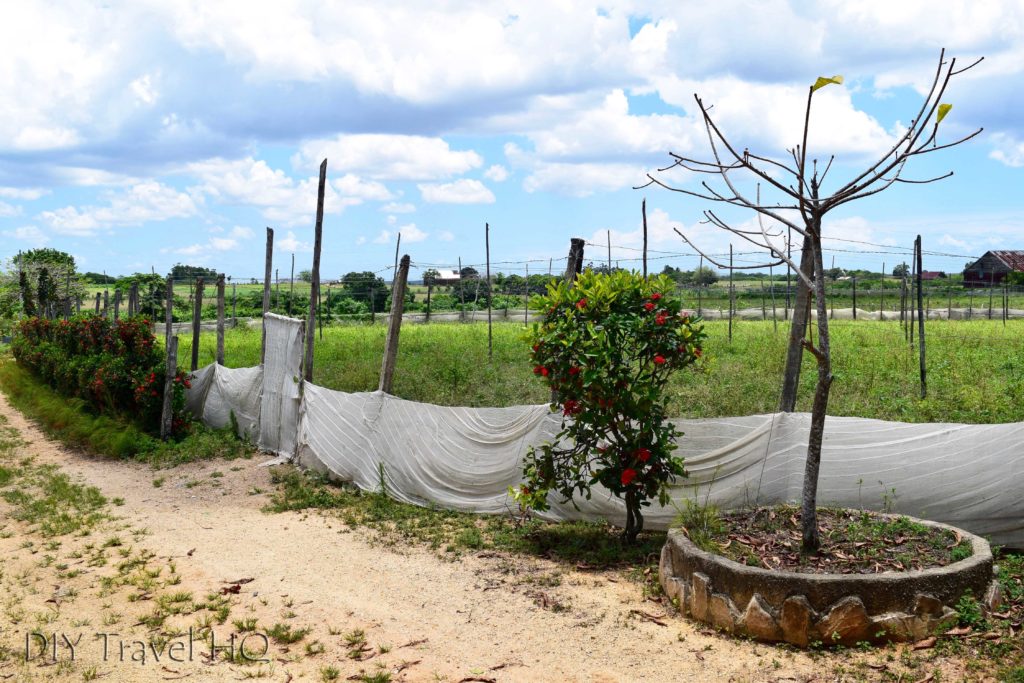 Tobacco is grown on the grounds of the plantation

Next, you’re taken to a secadero, or tobacco leaf-drying house. 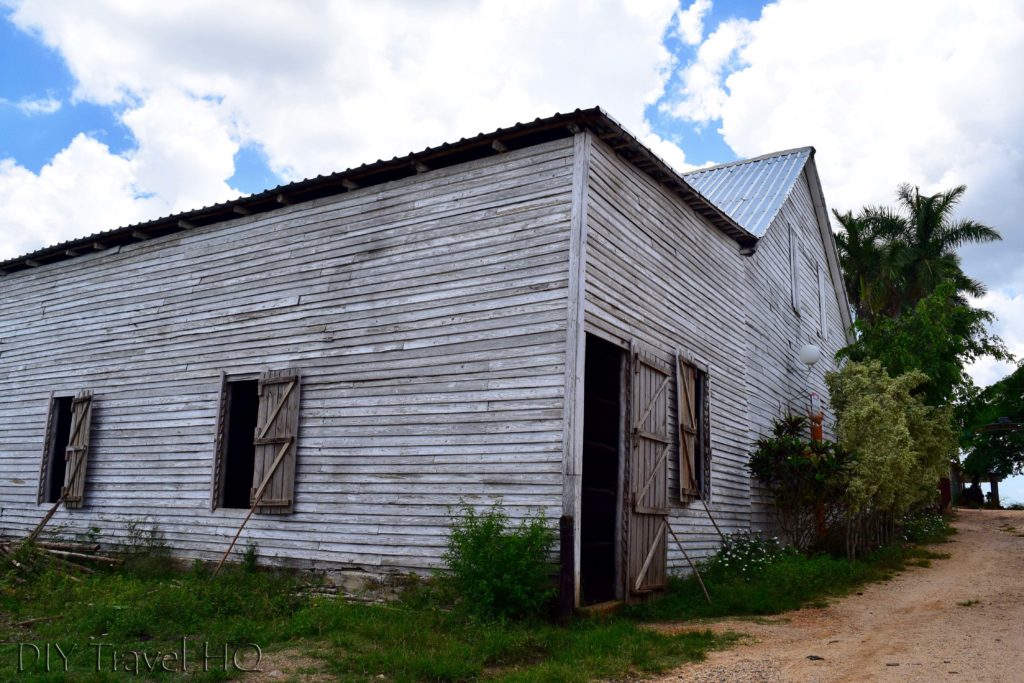 Tobacco leaves are dried in this secadero 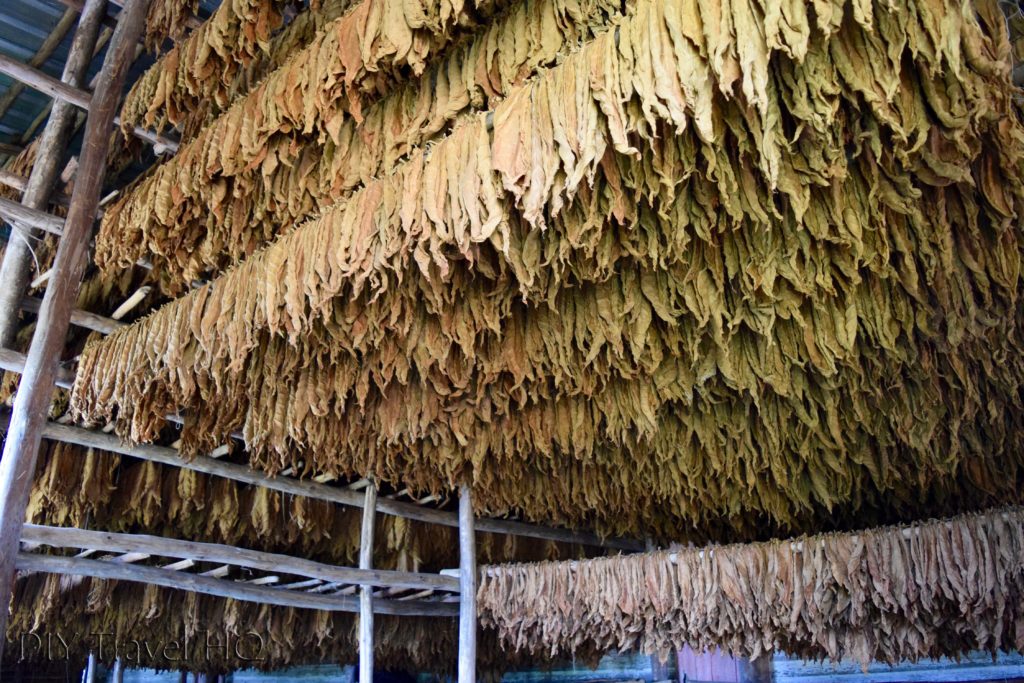 Tobacco leaves left out to dry

That’s the end of the factory’s process, at which point the government takes over.

They’re responsible for storing the tobacco leaves, aging them in special storage areas usually for 2-3 years – like fine wine, the longer the better. 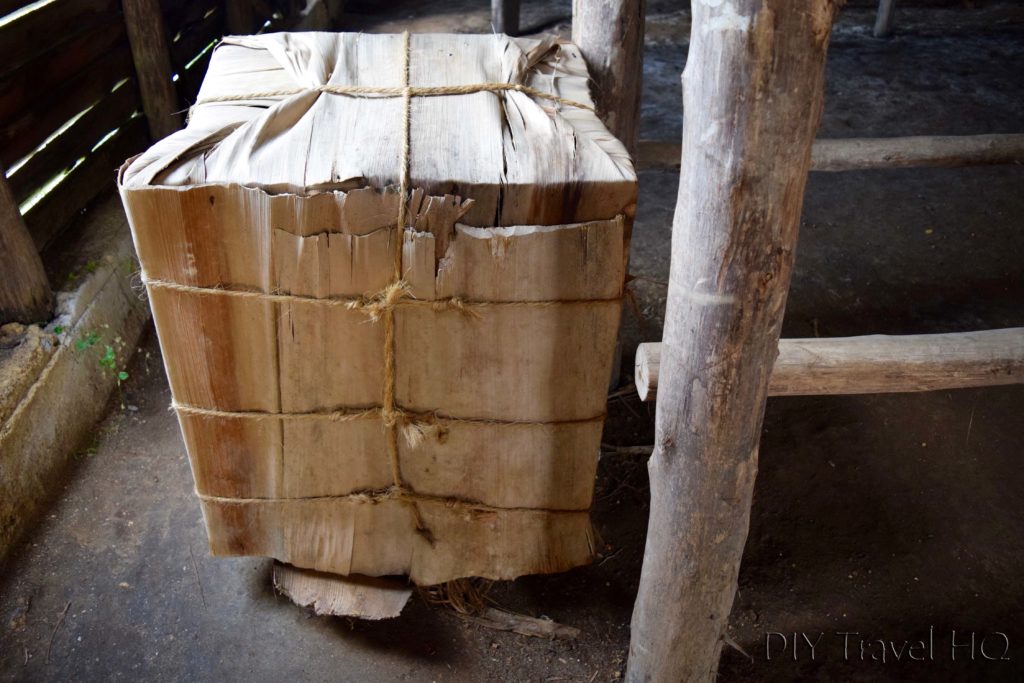 Once the process is finished, the leaves are packed in these boxes & sent to the government

By law, every factory is required to sell 90% of its production to the government.

The remaining 10% can only be used for personal consumption, not for sale.

Of course, you can do business under the table, just don’t get caught.

On the Alejandro Robaina Tobacco Plantation, there’s a also demonstration of the cigar rolling process with a designated old man at a desk under a line of drying cigar leaves: 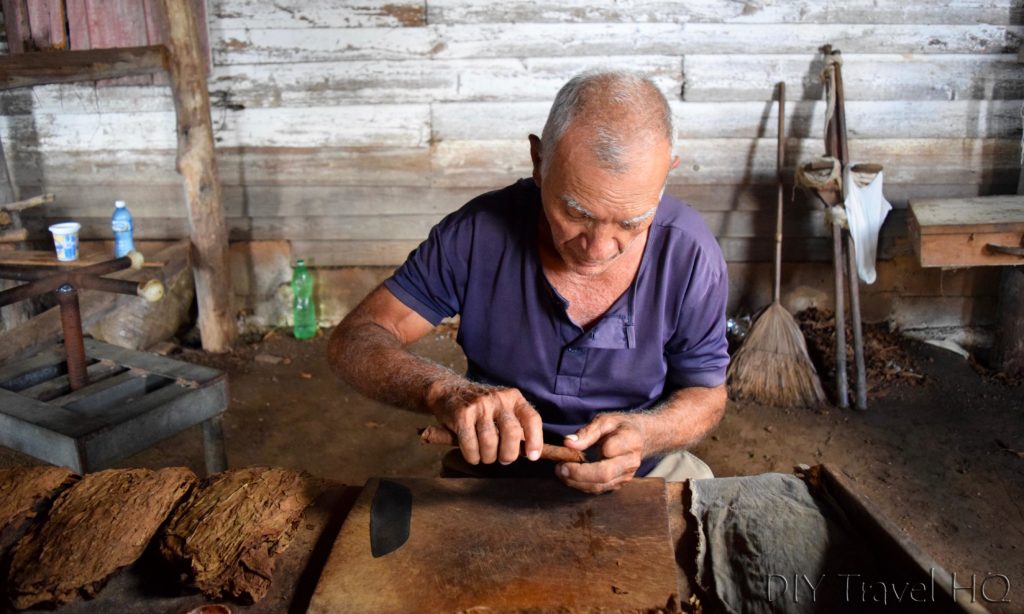 Watch how a cigar is rolled & receive a free one at the end of the tour!

The old man will be told by the guide to give you a cigar – if you’re female, you may have to fight for it as the guide seems to think of that as an after thought.

The old man is friendly until he starts asking for tips & you hesitate… he’ll keep reminding you of “dinero, dinero” (money, money) every time you’re in sight, even though technically you’ve already paid 2 CUC / $2.00 for the otherwise short tour…

That concludes your 15 minute Alejandro Robaina Tobacco Plantation tour – like the Fabrica de Tabacos Francisco Donation in Pinar del Rio, it’s a short one but the guide is very friendly & open to any questions. Guides should speak English & Spanish, perhaps other languages too.

There’s no gift shop on site but if you want to buy cigars, there’s a pink house just outside the plantation on your left, as you exit – chances are, the men that work/live there would’ve already approached you as you were coming in.

We went it to check it out, there were bags of Cohiba’s on the table, of all different types. From memory, the cheapest was 6 CUC / $6.00. You may get a free one to taste. 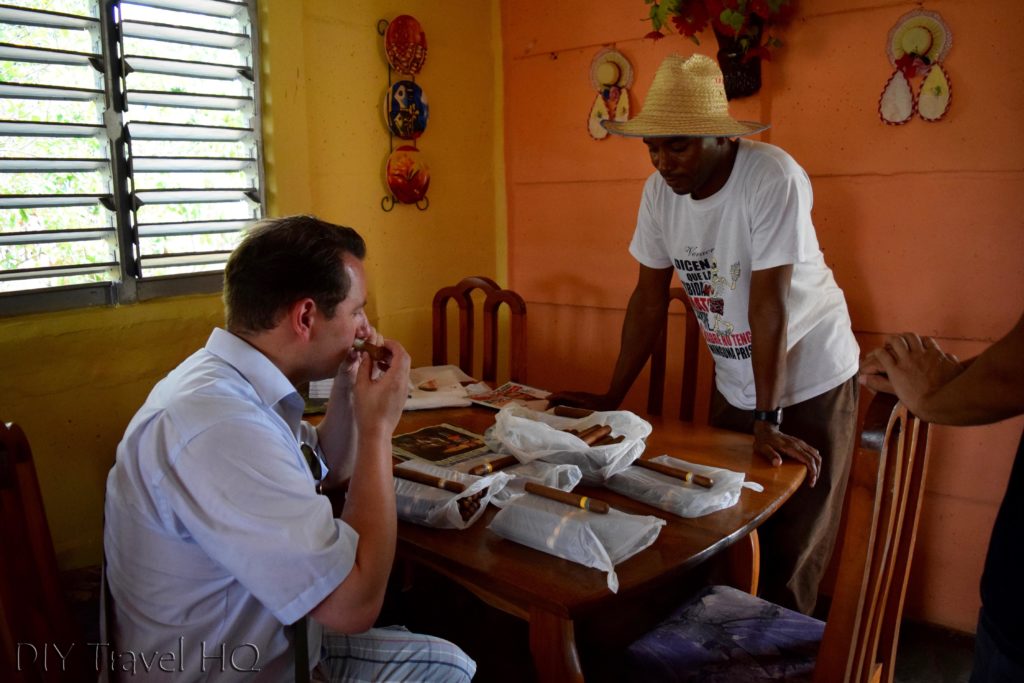 If you’re not visiting the Robaina plantation between the tobacco growing season of November-February, there’s not going to be much to see – save a trip to Pinar del Rio & take the Partagas tour in Havana instead, it’s much more convenient.

How to Get to & from Alejandro Robaina Tobacco Plantation

If a hustler catches sight of you, he’ll try to guide you to the collectivo you’re already heading to & then you’re doomed .

This happened to us & we refused to pay – on principal, as well as the fact that the hustler did nothing to help us.

So we got out of the van & started on plan B… because we knew that there are other forms of transport in Cuba. 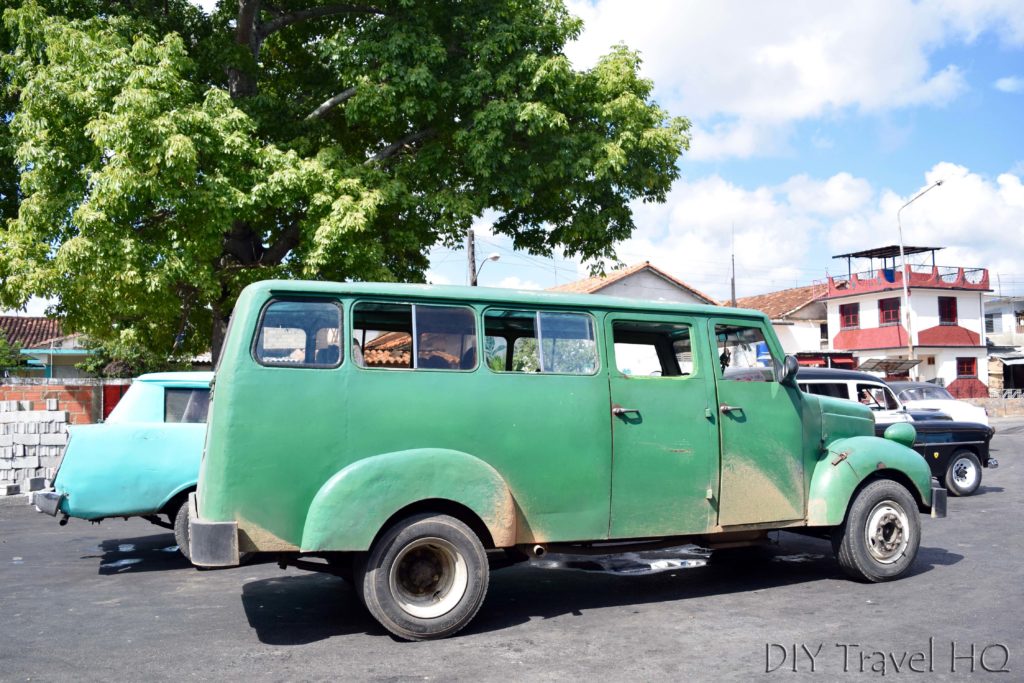 We began walking out of town, on the main road Carr. Central de Cuba.

When we were outside the city, we waited at a bus stop & then got on to a passing camion for 5 pesos – a bargain & much less than the colectivo would’ve been, with or without the hustler’s cut.

I believe this camion would have started at the same bus station so if you’re attempting this route to the Alejandro Robaina plantation, head there first to grab a seat. 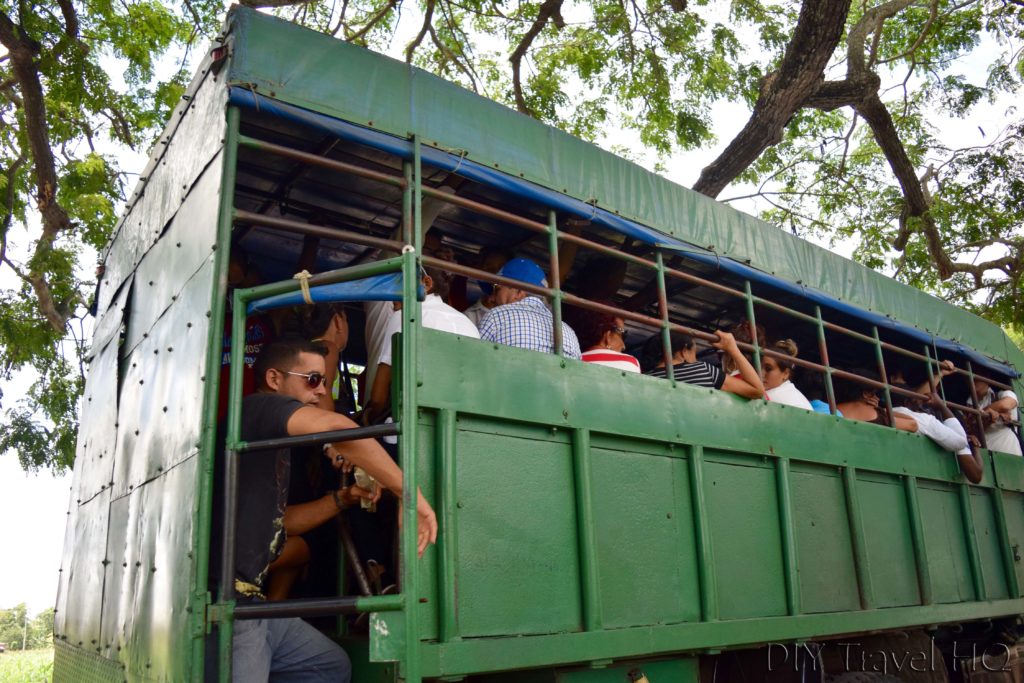 If you’re not on a San Luis camion, get off at the intersection, from which it’s a 4.5km walk to the plantation from the main road.

To save time & energy, only board a San Luis camion & you’ll only have to walk the final 1.5kms. Either way, plot your plans with Maps.Me.

To return to Pinar del Rio, walk back to the main road from San Luis & wait at the bus stop for a camion to take you back for around 5 pesos.

Confused about the local peso currency in Cuba? Check out our guide on the difference between CUC & CUP. 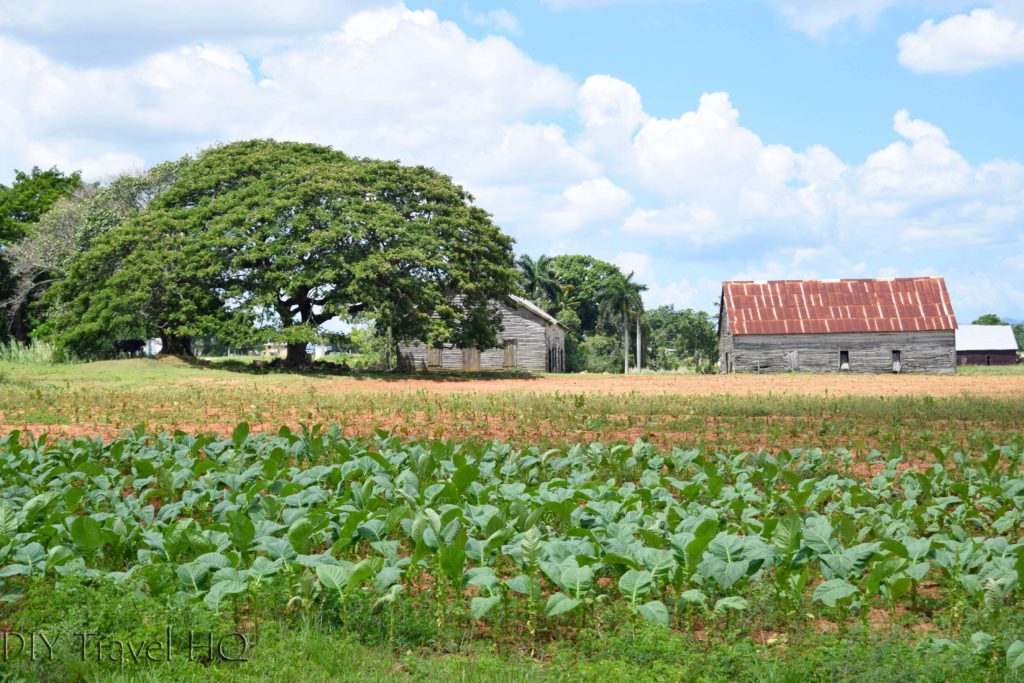 Lovely countryside scenery on the walk to the plantation 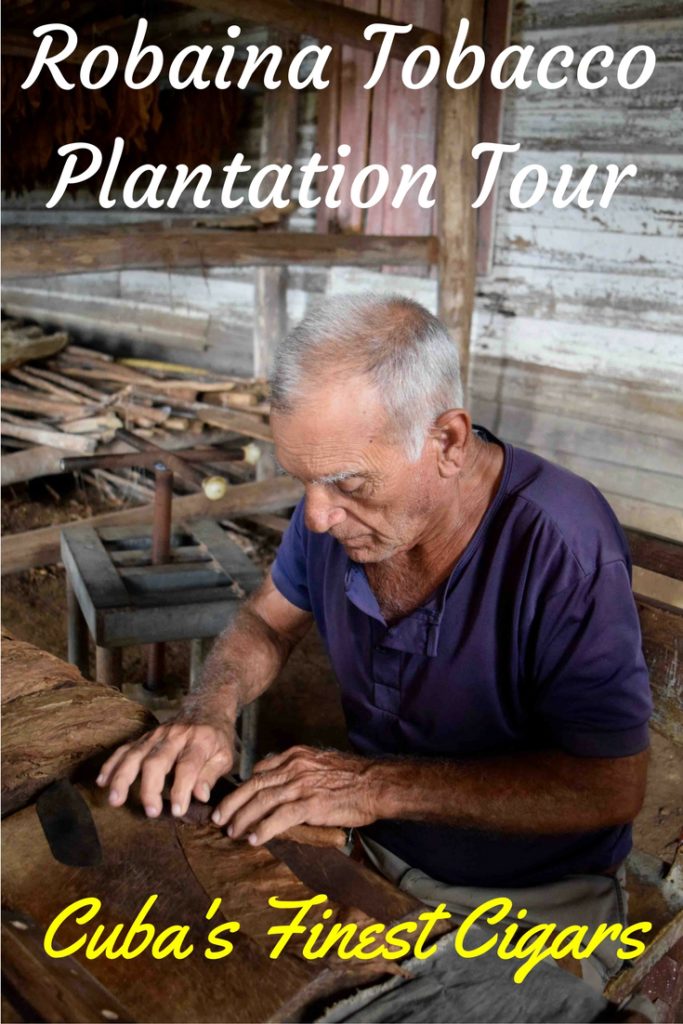 What’s your favourite brand of cigars?